PT PLN (Persero) and the Japan International Cooperation Agency (JICA) are collaborating on a study to accelerate the energy transition in Indonesia. This was stated in the signing of a Memorandum of Understanding (MoU) between PLN and JICA in a series of Energy Transition Day events, Tuesday (1/11), in Bali. PLN President Director Darmawan Prasodjo said the purpose of signing this MoU was to update the estimated electricity demand in 2060 to achieve Net Zero Emission (NZE). Darmawan explained that the collaboration between PLN and JICA is also expected to produce a stable electrical power system planning with the use of new and renewable energy.

Not only that, both parties agreed to sign an MoU as a basis for accelerating the Energy Transition in Indonesia in accordance with the capabilities, experience and resources in the field, by exchanging data and through coordination with stakeholders to support the interests of the study. JICA is the implementing agency of Japan’s official development assistance or Official Development Assistance (ODA) with the aim of supporting socio-economic development, economic recovery or stability in developing countries. Darmawan added that PLN opened the widest possible collaboration to deal with the energy crisis and climate change.This collaboration is important, considering that strategic alliances are absolutely necessary to build national energy capacity in order to develop environmentally friendly power generation technologies whose objectives are related to the Sustainable Development Goals (SDGs), climate change and quality infrastructure. “Towards net zero emission 2060, technology is needed that

can replace fossil generators to carry basic loads and support system stability, including electricity supply for remote areas or islands,” he added. Beside of it, PT PLN (Persero) cooperates with Mitsubishi Heavy

Industries (MHI) to conduct trials on the use of ammonia as a fuel substitute for coal or co-firing in steam power plants (PLTU) and the use of hydrogen as a substitute for natural gas (co-firing). firing) at the steam and gas power plant (PLTGU) managed by the PLN Group. On the sidelines of the Energy Transition Day event in Nusa Dua, Bali, a Memorandum of Understanding (MoU) was signed between PLN and MHI.

“This collaboration is carried out to support the government’s efforts to accelerate the energy transition in Indonesia by increasing the mix of new and renewable energy (EBT) and reducing carbon emissions in the electricity sector,” said Director of Project Management and New Renewable Energy at PLN, Wiluyo Kusdwiharto. According to him, this will be a new chapter in the utilization of various energy sources in PLN’s generation. If this is successful, it will have a significant impact on reducing carbon emissions from the PLTU owned by PLN. M701F gas turbine managed by PLN Indonesia Power. Furthermore, PLN Indonesia Power will provide access to information regarding the units that are used as object studies (PLTU Suralaya and PLTGU Priok) and MHI will support the technical feasibility study and the economics of its implementation. Through this partnership, ION Mobility will contribute to the procurement of public electric charging stations (SPLU) with an initial commitment of 100 units throughout DKI Jakarta and continue to a number of other cities nationally according to market demand. This commitment will make it easier for users to find and use more than 2,900 SPLU in DKI Jakarta and more than 6,500 SPLU throughout Indonesia. The MoU between PLN and ION Mobility was signed by PLN President Director Darmawan Prasodjo and ION Mobility Founder

& CEO James Chan witnessed directly by the Minister of Industry Agus Gumiwang Kartasasmita together with the Singaporean Ambassador to Indonesia Kwok Foong Seng at the Indonesia Motorcycle Show at the Jakarta Convention Center.

In addition to the development of SPLU, James said, his team will also develop fast charging technology innovations for ION Mobility and other EV motorcycles in the next few years. Through this collaboration, electric motorcyclists can reach distances of more than 100 kilometers by charging for one hour, if using the fast charging feature in the ION M1-S. The ION M1-S is the first product from ION Mobility for Indonesia, which is equipped with an integrated weatherproof charger, which can cover a distance of up to 150 kilometers on a single charge of the main battery, and can reach more than 200 kilometers when using an additional battery. In addition to having a clear roadmap for EV development in Indonesia, we also always accommodate various related incentives to encourage the development of the EV ecosystem in Indonesia,” he said.

has contributed to the acceleration of decarbonization in Indonesia through the signing of a cooperation agreement to purchase a Renewable Energy Certificate (REC) with PLN through its two subsidiaries, namely PT. Mitra Murni Perkasa (MMP) and PT. Gemilang Informatics Partner (MIG). The signing took place during the “Energy Transition Day” discussion event by PT PLN (Persero) at Sofitel Bali. This event is an integration of the G20 Summit and the energy transition is a priority agenda for the Indonesian presidency at this year’s G20. REC is a joint product of PLN and the Clean Energy Investment Accelerator (CEIA), which is proof of ownership of an international standard certificate for the production of electricity generated from renewable energy plants. The development of floating solar power plants (PLTS) is one of the mainstays to pursue the share of renewable energy of 23% in 2025 and 31% in 2050. The potential for additional green energy capacity from this floating PLTS reaches 28,197.6 megawatts (MW). Minister of Energy and Mineral Resources (ESDM) Arifin Tasrif said his party continues to encourage the use of renewable energy to meet national energy needs. The reason is, with a potential of up to 400 thousand MW, renewable energy can be the mainstay of meeting energy needs in the future.

However, he continued, currently the national energy mix is still dominated by fossil energy. The development of solar and hydro energy will be the mainstay to boost the share of renewable energy until 2030. The hybrid plant in question is the construction of a floating PLTS in a reservoir or lake that also has a hydropower plant (PLTA). According to him, from the results of the beauty contest that was held, the price of electricity for the floating PLTS project in the reservoir where there is also a hydropower plant can be reduced to only US$ 3.7 cents per kilowatt hour (kWh). Moreover, the potential of floating solar power plants in Indonesia is also quite large. “The potential of floating PLTS is quite large, there are 28 thousand MW, this only utilizes 5% of the surface of the reservoir or lake according to the rules of the Ministry of Public Works and Public Housing (PUPR),” said Arifin.

Meanwhile, in the 2021-2030 RUPTL obtained by Investor Daily, there are seven floating PLTS projects that have been planned with a total capacity of 612 MW. In detail, the floating PLTS in the Wonogiri Reservoir with a capacity of 100 MW and the Mrica Reservoir 60 MW in Central Java, the Sutami and Wonorejo Reservoirs each of 122 MW in East Java, the Jatiluhur Reservoir 100 MW and Saguling 60 MW in West Java, and Lake Singkarak 48 MW in Sumatra. One of the ongoing floating Solar Power Transmission (PLTS) projects is the Cirata Reservoir with a capacity of 145 MW. Referring to the data from the Ministry of Energy and Mineral Resources, the selling price of the stun is quite good at US$ 5.8 cents per kWh. The construction of the power plant with an estimated investment value of US$ 129 million is targeted to take 16 months. The Cirata Floating PLTS project is carried out by a subsidiary of PLN, PT Pembangkitan Jawa Bali Investasi (PJBI), with Masdar, a company from the United Arab Emirates (UAE).

Arifin admitted that his party must work hard to increase the share of renewable energy from the current 11.3% to 23% in 2025. To that end, his party is finalizing the preparation of the General Plan for the Provision of Electricity (RUPTL) 2021-2030 in order to prioritize renewable energy generation. “And it is hoped that with the completion of the RUPTL, a new Presidential Regulation (Presidential Regulation) on renewable energy can be issued,” he stressed. In addition to floating PLTS, his party also encourages the construction of large-scale PLTS and rooftop PLTS. For large-scale PLTS, it is targeted to reach a capacity of 5,342 MW until 2030, spread over 1,863 MW in Java-Bali, 1,178 MW in Sumatra, 563 MW in

We are all close together

A problem, a question, an emergency?
Do not hesitate to visit the help centre, we can help you. 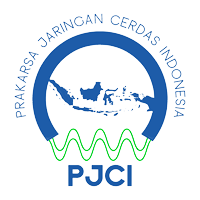